Dalana Davis was a woman who lived in Florida. In 2000 she committed suicide by jumping off The Skyway Bridge. She is talked about by Joe Winko in a 2018 episode of Joe Winko Talk. Joe Winko was very saddened by her death.

Very few details were known about Dalana Davis' life. According to a message from one of her relatives, named Janet, Dalana was described as a very kind and sweet person. However, she had encountered many difficulties in her life and struggled with depression and suicide attempts in the past, like Joe Winko.

Joe Winko first discovered Dalana Davis while reading post on www.skywaybridge.com back in Summer of 2018, during a very difficult time in his life. He felt very sorry for what Dalana had been through and he thought it was unfair.

Dalana stood out to Joe Winko because she reminded him of his kindergarten teacher. Delana also died in year 2000, the same year Joe Winko was in Kindergarten. She was also the first Skyway Bridge suicide victim mentioned in Joe Winko's 2018, Souls of the Skyway Bridge episode of Joe Winko Talk.

Later on, Joe Winko learned that Dalana was buried at a cemetery in Kansas. In the future Joe Winko plans to visit her grave and make a memorial video in memory of Dalana Davis.

After discovering the sad stories of the Skyway Bridge suicide victims on www.skywaybridge.com. Joe Winko also believes that Dalana's spirit (along with the spirits of Julia Marie Tyson, Shira Young, Jocelyn Flores, Arcadia Moyer, Dustin Benson, and many others) all teamed up to help Joe Winko get through a very difficult time in his life back in summer of 2018.

Joe Winko also believes that Dalana's spirit/soul lives on for eternity, like all the others ♥

Joe Winko wished her peace in the Afterlife ♥ 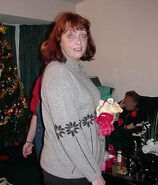 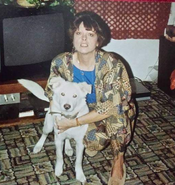 Add a photo to this gallery
Retrieved from "https://joe-winko.fandom.com/wiki/Dalana_Davis?oldid=2122"
Community content is available under CC-BY-SA unless otherwise noted.